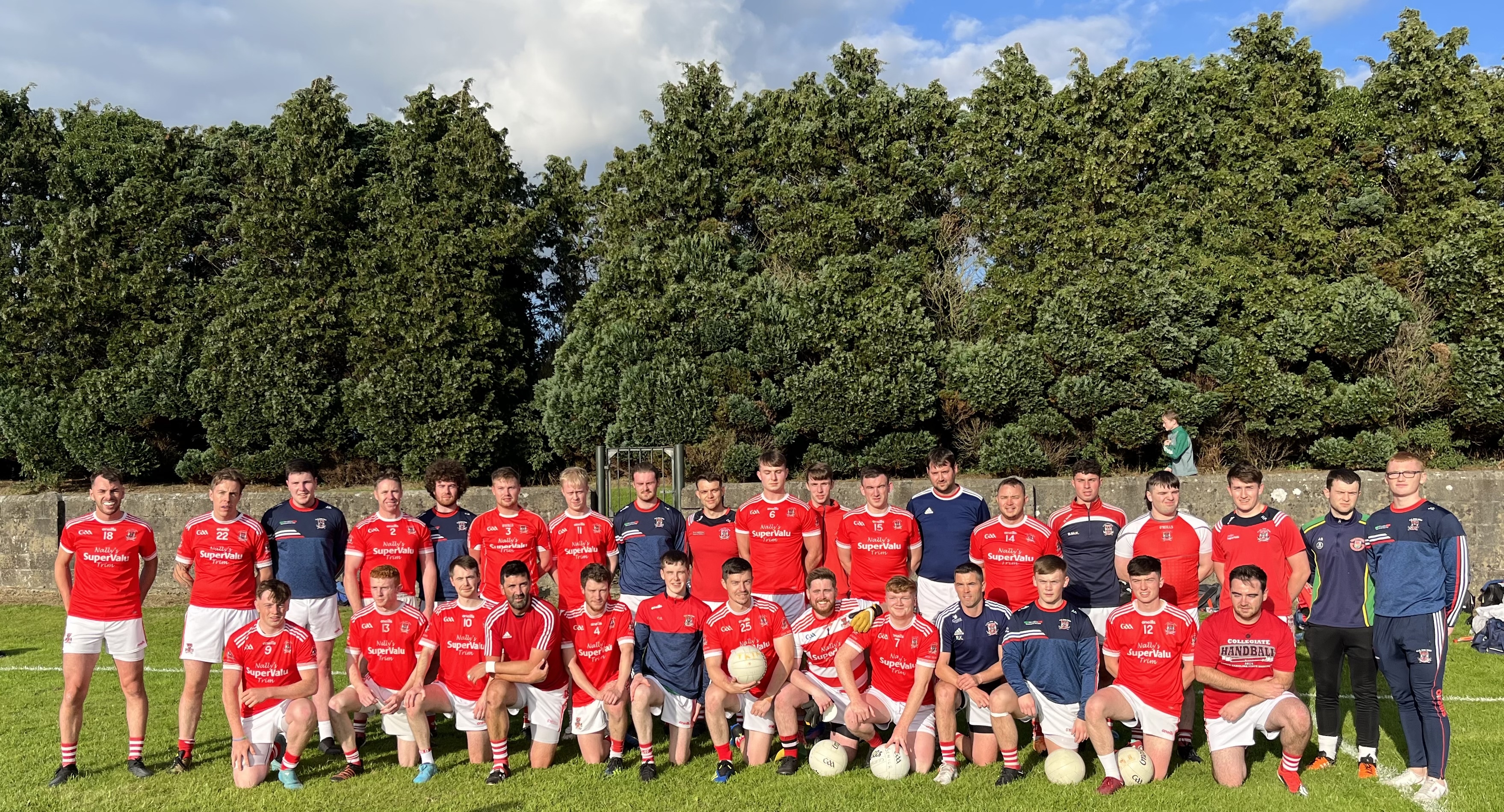 Download our mobile app to hear more about Trim GAA.

Trim’s 3rd team travelled to Kells on Friday evening, three days after overcoming O’Mahonys by a point in the semi-final to face Gael Colmcille. Having won this division in 2021, Fergal Lynch hoped to coach a successive group to lifting the silverware.

Trim started the game in fantastic fashion with Mark Murray winning the throw in and through a couple of one-two return passes, he found himself in front of goal, fisting the opening point inside of 30 seconds. Sean Foley would follow up two minutes later with a stylish goal putting the visitors four points to the fore, in as many minutes. Gael Colmcille opened their scoring account in the 6th minute from a well placed free kick, to which Trim answered with 3 points from Harry Kennedy (free), Conor McKeown and Neil Heffernan. At the 15 minute mark, Trim lead 1-04 to 0-01 and look to be cruising. However a series of succeeded frees would allow Gael Colmcilles retain hope as they pointed four in the second quarter, 3 from frees, while Trim would only muster a single point from Josh Harris.

The second half began with a blow to Trim’s defense when David Boyle landed awkwardly at the throw in. The center half back had been controlling things well in the first half but was immediately retired upon the restart. With both teams taking their time to settle, there was no scores for the first 10 minutes of the second half. Then disaster struck when the home side scored 2 quick goals in the 41st and 43rd minutes. Harris replied with a long distance point for Trim before Gael Colmcilles were awarded another free which was converted in the 48th minute.

Foley pointed from a free in the 49th minute and substitute Robbie Kenny found the net in the 51st minute putting Trim back in front by the narrowest of margins. Colmcilles equalized from a free just 2 minutes later and then surged out of touch with a point and goal in the closing 5 minutes. A Trim free in the 62nd minute would prove too little to late for the title defending hopefuls.

A bittersweet finale to a long campaign for Trim’s 3rd team. Training began back in February under Loman Dempsey, Fergal Lynch, Finian O’Connor, Mark Gilsenan and Shane Foley. Let’s hope they can come back next year and compete in another County Championship Final.

Every member of Trim GAA would like to offer our sincere ...

While Trim GAA's Lotto has been a very important source o...

Get live information for Club on the ClubZap App